A domain to discover

The family estate of Raphael & Marylène Sallet is located in Uchizy, in the charming village of Saône-et-Loire in Southern Burgundy (10km South of Tournus and 20 km North of Mâcon).

At 260m (683 feet) above sea level, the vineyard benefits from a southeastern exposure and temperate climate. Overlooking the valley of the Saône, on stony slopes composed of sweet, rich limestone and clay, people say this is the beginning of Provence, featuring Roman tiles, with the hot winds of the Rhone Valley crossing Lyon, going up the Saône and reaching all the way to Tournus. The estate vineyards stretch between the villages of Uchizy, Plottes and Chardonnay, which is historically the cradle of the famous grape of the same name... 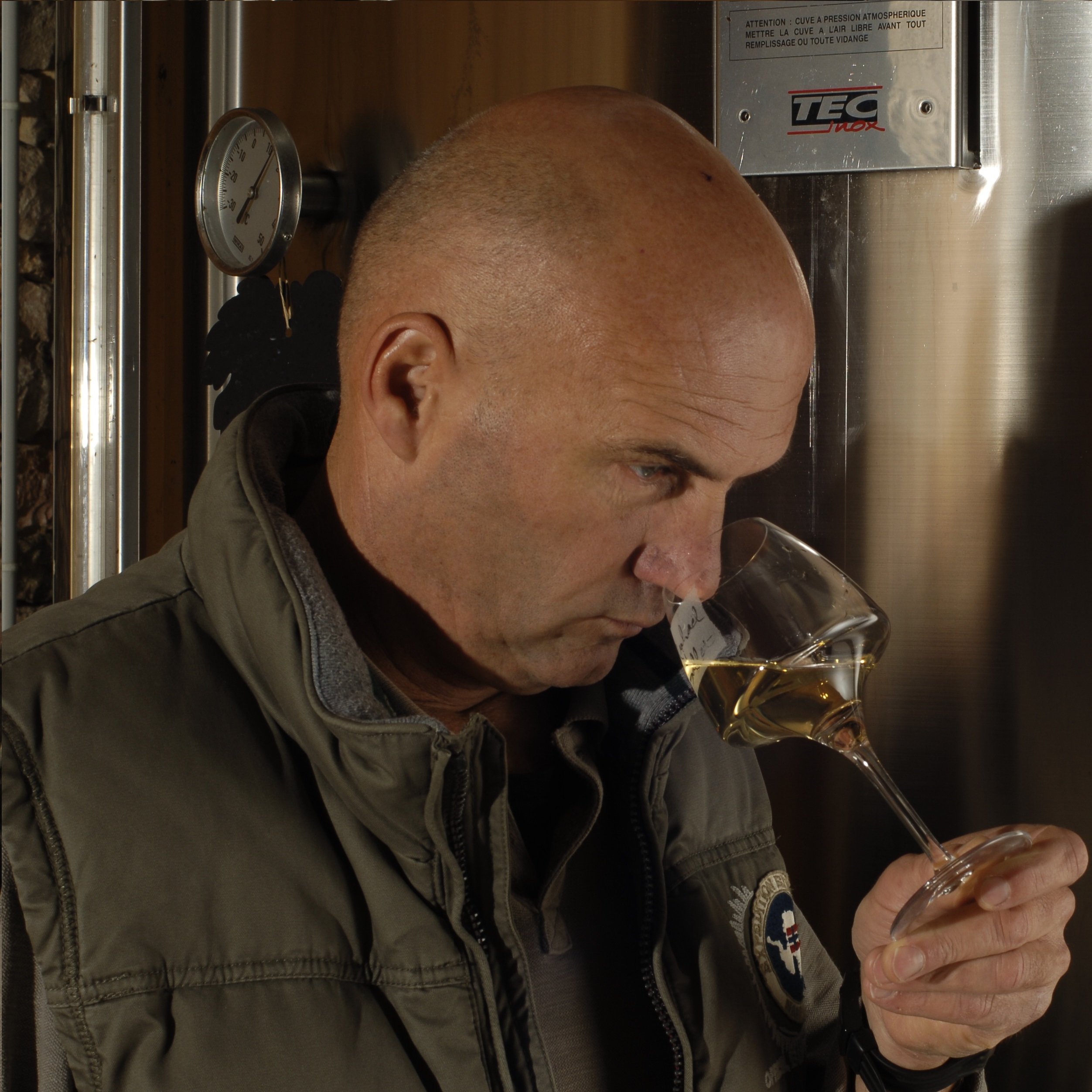 Coming from a family of winemakers, from an early age, Raphael Sallet was always alongside his father Gérard, passionate for the work of the vine.

This was not the choice of Raphael, whose ambition was to produce his own wine; carefully overseeing the whole process: the cultivation of vines, wine making, and culminating in the sale of the bottle.
In 1986, at the age of 21, he created his own domain with the acquisition of 0.40 acres of vineyards and a small plantation. Harvesting and wine making followed, producing his first vintage in 1987!
Until 1991, he planted an average of 1.5 hectares (3.70 acres) of vines each year. In 1992, Marylène, now his wife, joined the family to support the daily management of the business which allowed Raphael to devote himself to his work: the vine and winemaking.

In 1994, the Gerard’s commitment with the cooperative winery cesead, he decided to work with Raphael. The Domain reached another dimension, and the need to invest in a new winery to receive the additional harvest was required. Over the years, the Domain expanded to now reach an area of 26 hectares (64 acres) with the designations, Mâcon Uchizy, Mâcon Chardonnay and Mâcon.

Then since 2018, Marylène has been farming 2ha60 in the town of Viré, including the “Clos du Chapitre” plot, the former vineyard of the Moines de Cluny. This is the opportunity for Raphaël to vinify a new communal appellation: Viré-Clessé.

Between tradition and modernity Winemaking is natural, minimalistic, with very little intervention with the sole objective: the revelation of the Land.

Over the past years and our different vintages, we have obtained several distinctions

We talk about us!
Find here the latest press articles on the domain.


Work over the seasons

the vineyard wakes up, the winemaker shivers!

Mid-March, temperatures soften, the sap rises in the plant and makes the vine “cry”, the buds burst, this is called the bud. The grass grows. We must control it so it will not adversely affect the development of the vine. Despite the warm spring, the winemaker shivers. He fears a morning frost that could threaten and destroy part of the vineyard. This is also the time of planting, replacement of dead vines, and a ceaseless vigil to protect the vines.

the vine flowers, winemaker gets active!

Mid-June, it is the flowering, still a difficult period. A good harvest needs heat and sun. The vine is full of energy which the winemaker must contain. The strings must be raised and attached to the trellis, protecting it against diseases and pests. In August, as the grapes begin to ripen (this is called “veraison”), the winemaker can finally breathe, but often thunder rolls and hail storms threaten…

the vine produces, the winemaker harvests!

September, the grapes ripen, the winemaker prepares and cleans the harvesting & winemaking equipment. He carefully observes his plots, regularly taking a grape sample that he analyzes. This is the time for intense concentration! The winemaker must set the date for, and organize the harvest depending on the health of the grapes, the sugar level, the acidity level and the weather forecasts … The harvest is delivered to the cellar and the winemaking process begins. In October, the vine can finally rest, it gradually changes color, illuminating the landscape with shades of gold before losing its leaves. When the weather permits, then we may start working the soil.

the vineyard rests, not the winemaker …!

Mid-November, the beginning of the pruning. Equipped with his pruning shears, Raphael travels the rows of vines for 4 months to trim each plant to enhance future growth. The cut branches are gathered in the middle of the row to be crushed. Their decomposition will bring the humus needed by the vine. 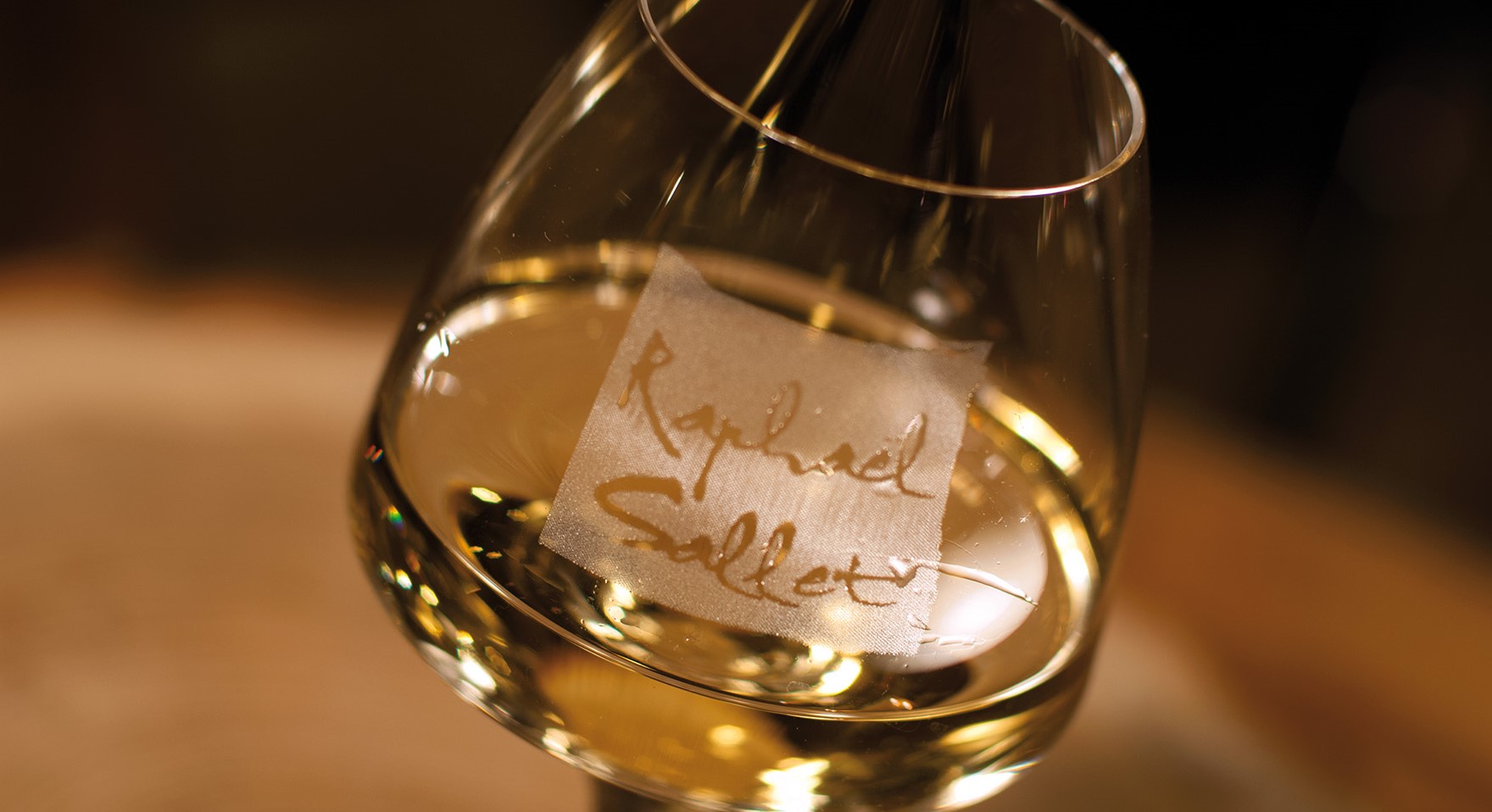 Thus, Raphael practices a friendly viticulture based on observation and reflection to adapt his interventions. Preserving our land remains the most noble way to thank her.

« We do not inherit the Earth from our ancestors, we borrow it from our children »
Antoine de Saint-Exupéry.


This proverb is constantly ringing in our minds.

It is a real pleasure to live every day with nature: to observe it, to know it and to understand it.

Raphael defines himself as a craftsman of the vine and wine, representing the French Living Art.

Before being vinified with passion, a Chardonnay is made every day in the vineyard by the particular care given to each vine..

The cultural method at the Domain is carefully considered. It is because he is present throughout the year in his plots, that Raphael can adapt his culture with a method based on observation before any intervention is made to the vine. To have a soil which properly nurtures the wine, you need a soil in activity, breathing. Thus, in the autumn, a deep plowing is designed to help the vine to feed on soil characteristics. No chemical fertilizers are used in the vineyard. An organic amendment is added only in case of failure observed after a soil test.

Always looking for quality, the pruning choice is a technique called “simple flat guyot”, for controlled production. For planting and replacement of the dead plants, Raphael selects qualitative plants with rootstocks adapted to stony soil, rich in limestone.

The vineyard’s protection against diseases and insects is not an automatic system. It is considered and adapted after careful observation of each plot. Since 2019 the domain is HVE certified, level 3. read More

For the harvest, the culmination of the work year, the choice of mechanical harvesting has been chosen for its flexibility in the organization. The machine has the advantage to harvest the grapes from each plot at their optimum maturity. 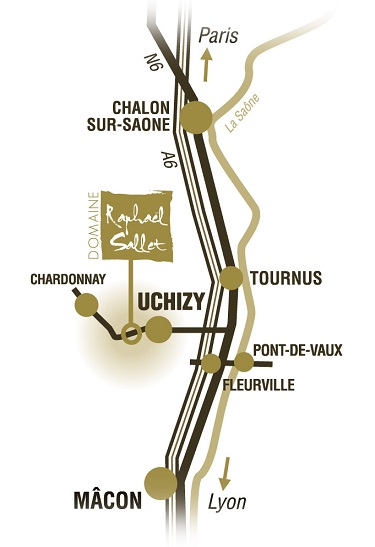 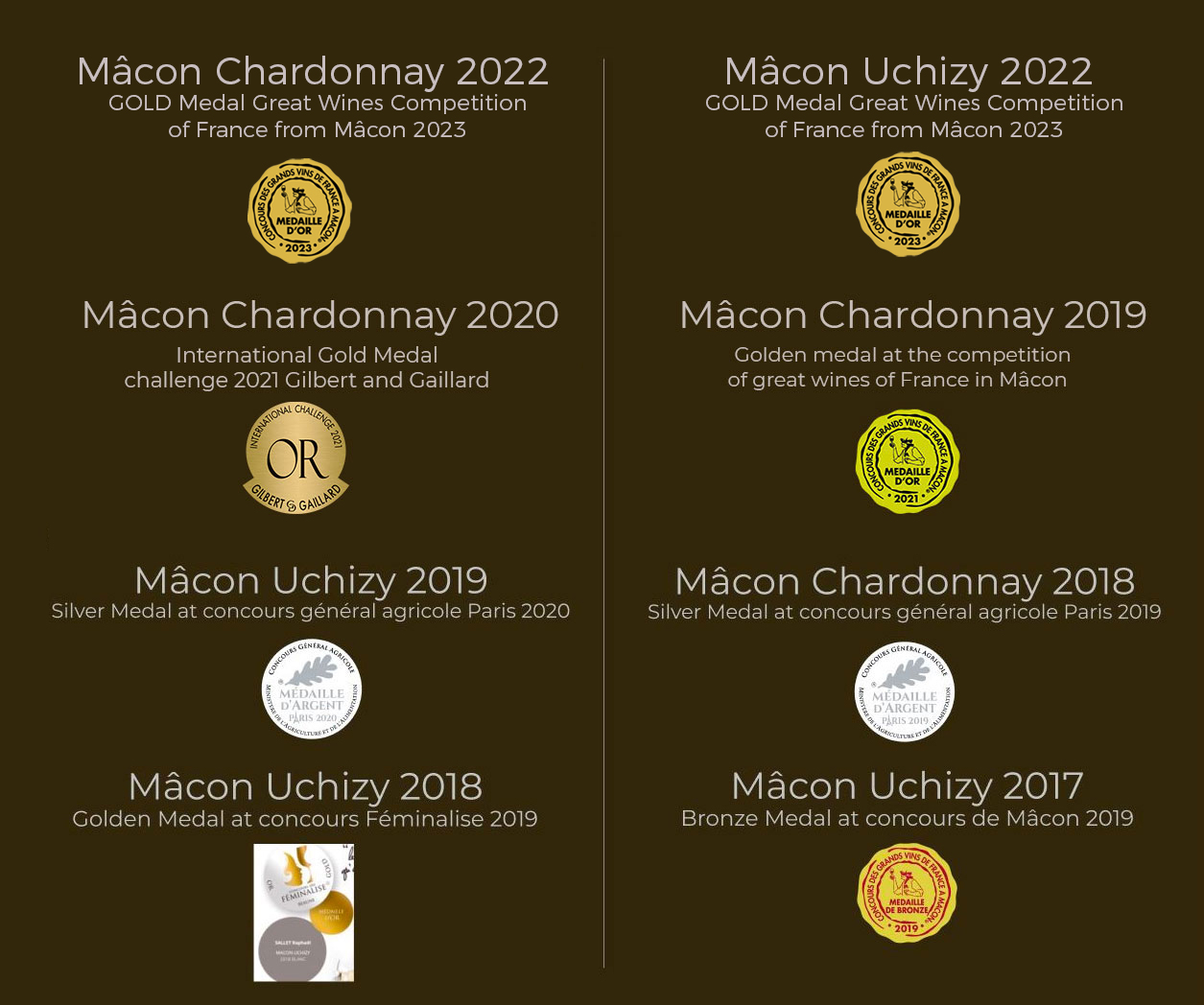 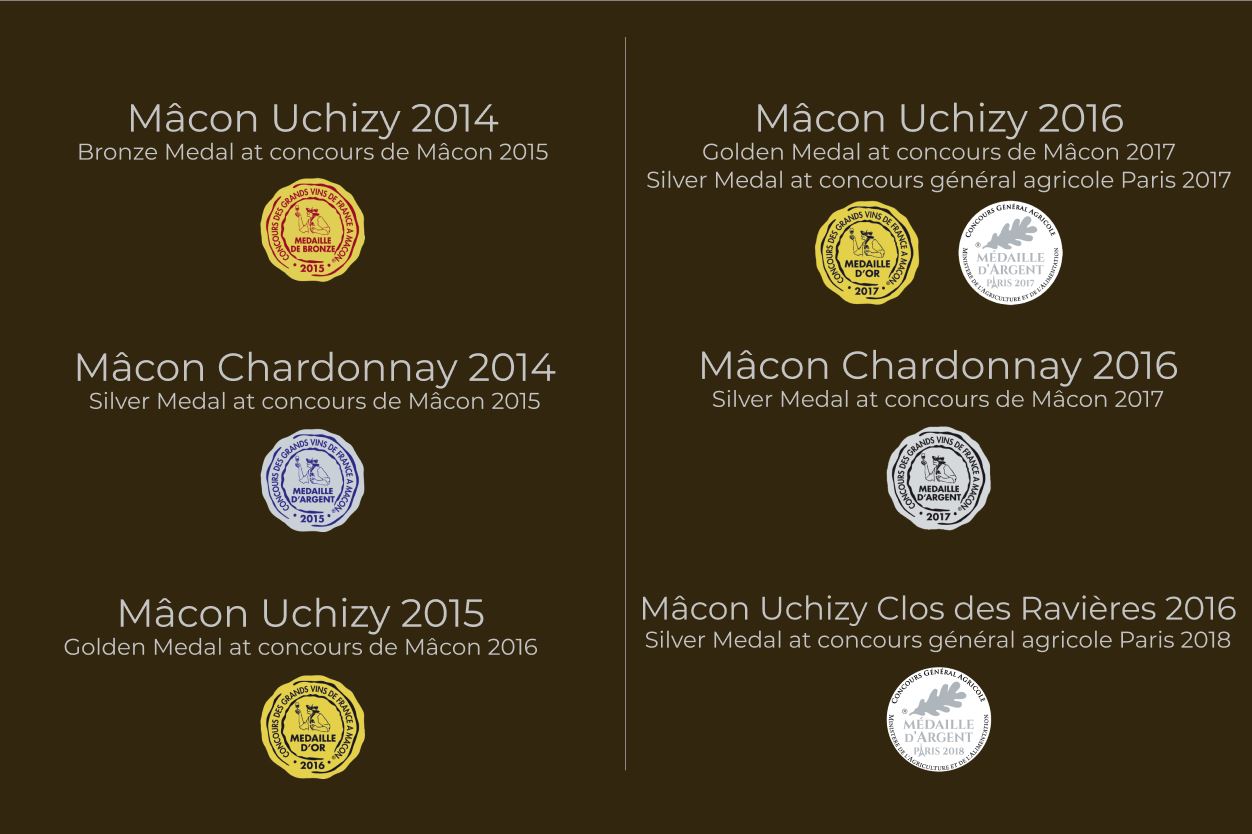 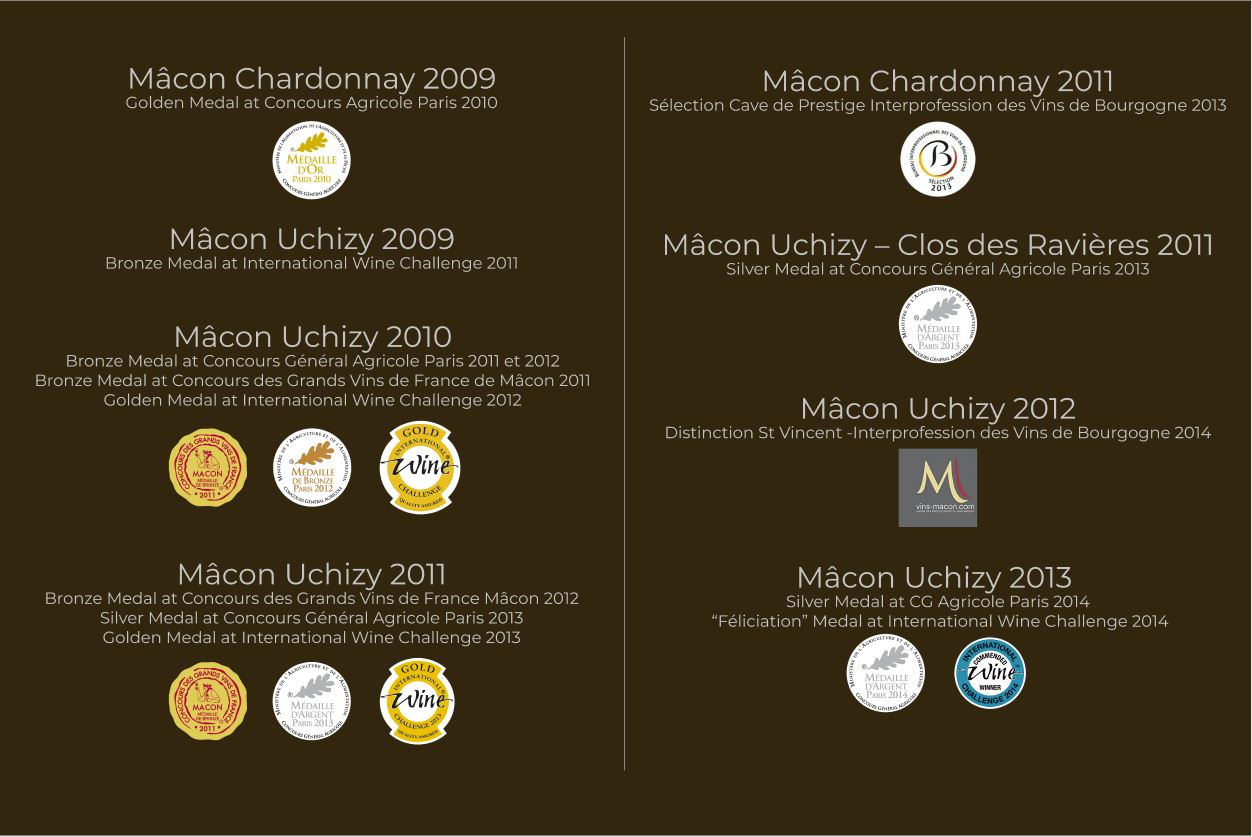 Winemaking is natural, minimalistic, with very little intervention with the sole objective: the revelation of the Land. The priority is to reveal the nature of the Mâcon wines: its freshness, fruit, flower and mineral with the research of the finesse, aromatic purity and a better balance between fat and liveliness.

Upon arrival of the grapes from the harvest to the winery, a slow and gentle pneumatic pressing is realized for a better extraction. The must is then dredged at a low temperature to clarify the juice, for more or less time depending on the year. Then alcoholic fermentation begins according to vatful, in vats temperature controlled or in a French barrel of oak. This lasts for several weeks during which the yeast (naturally present in the juice) converts the sugars into alcohol. This is followed by malolactic fermentations that allow a softening and stabilization of the wines

Then a withdrawal is made to remove the coarse lees before growing on fine lees. For the wine cask, the stirrings are sometimes made ​​to put the lees in suspension to develop complex aromas.

After tasting, some tanks are selected and assembled for bottling. Bottling is made at the Domain starting in Spring, dates being determined by the lunar calendar. The bottles are then stored in an air conditioned cellar until sold.

The Rewards of Chardonnay 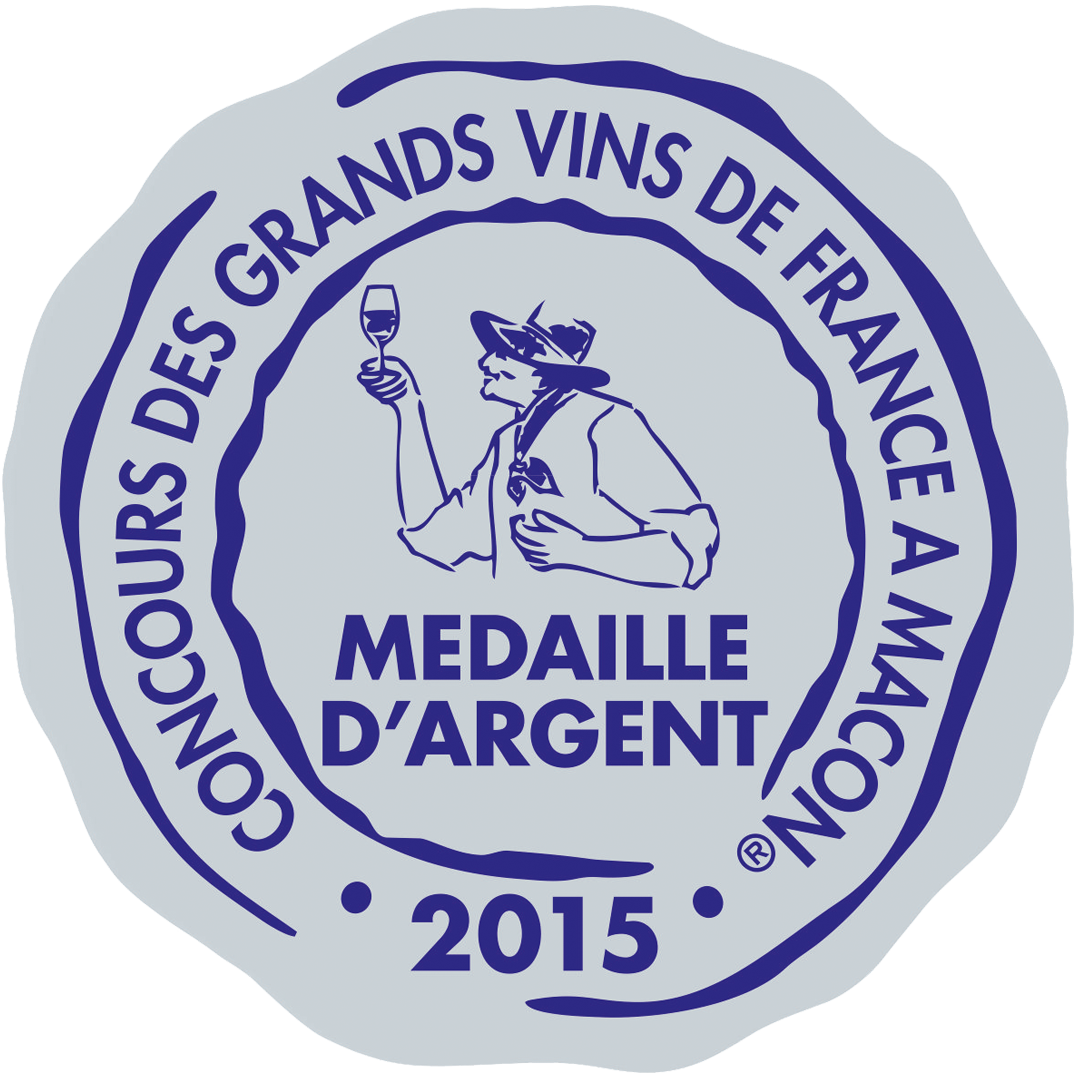 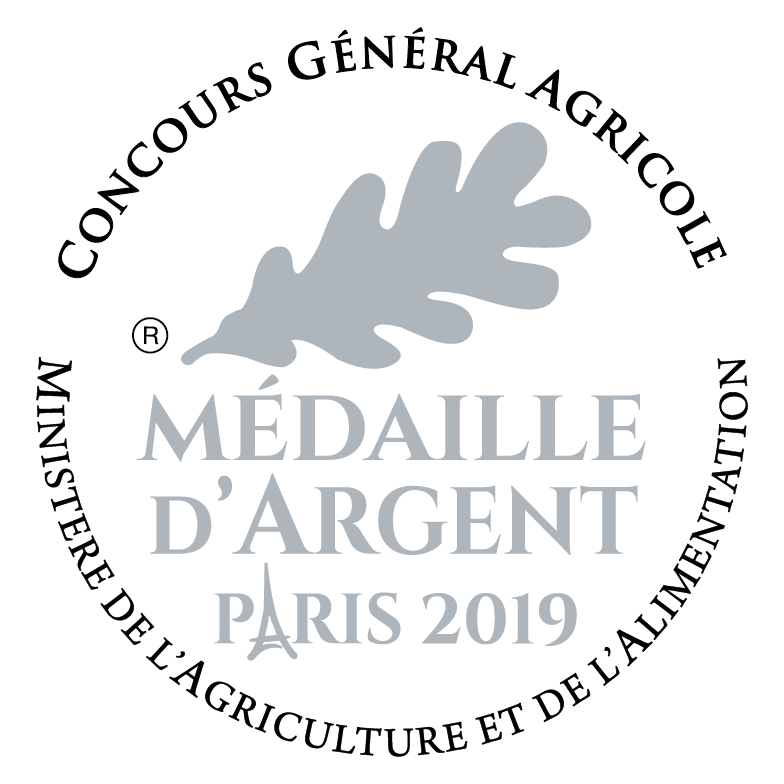 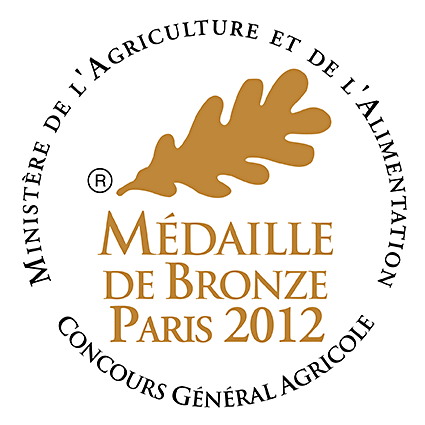 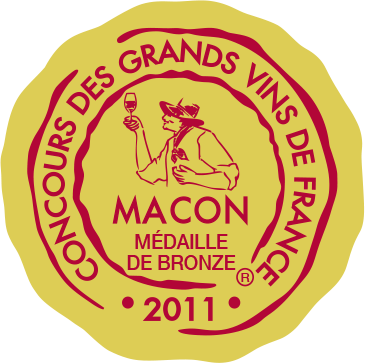 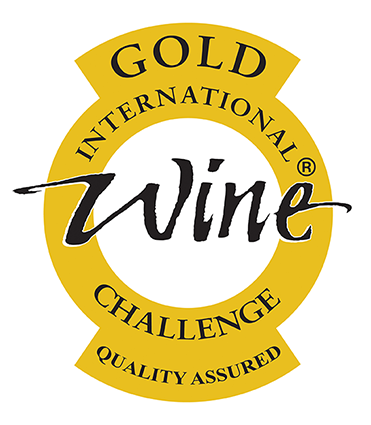 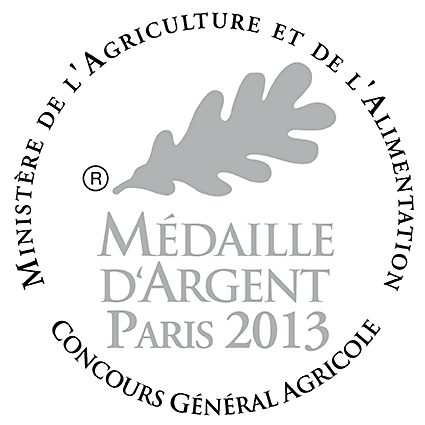 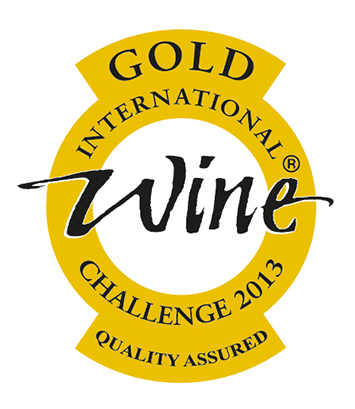 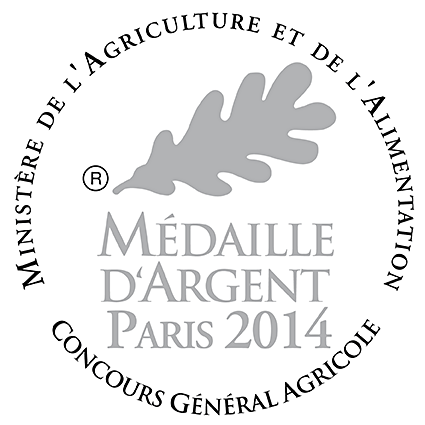 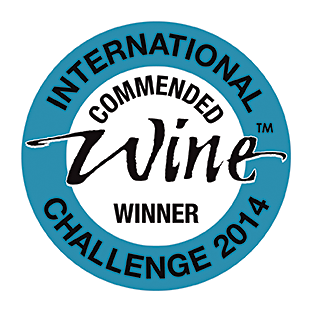 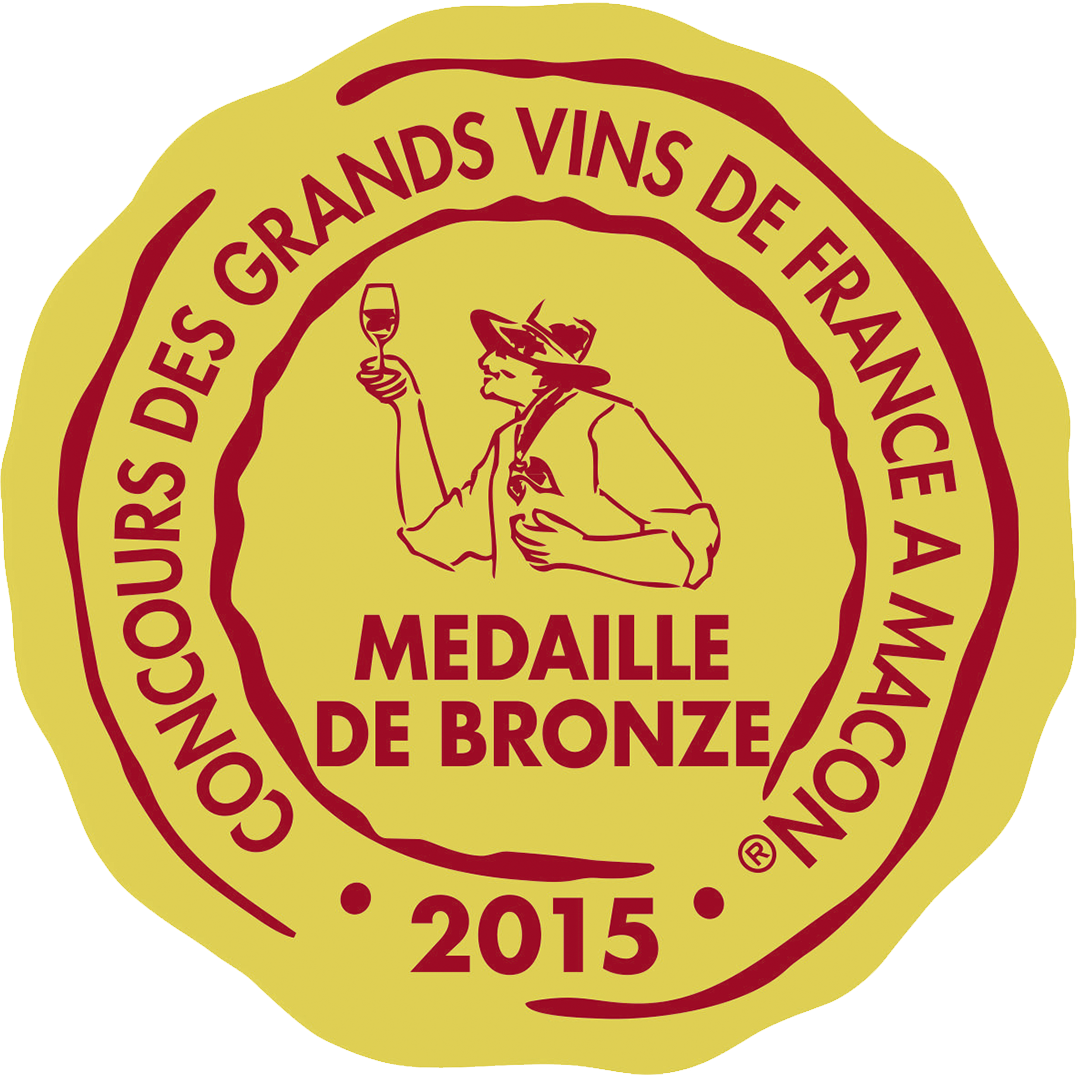 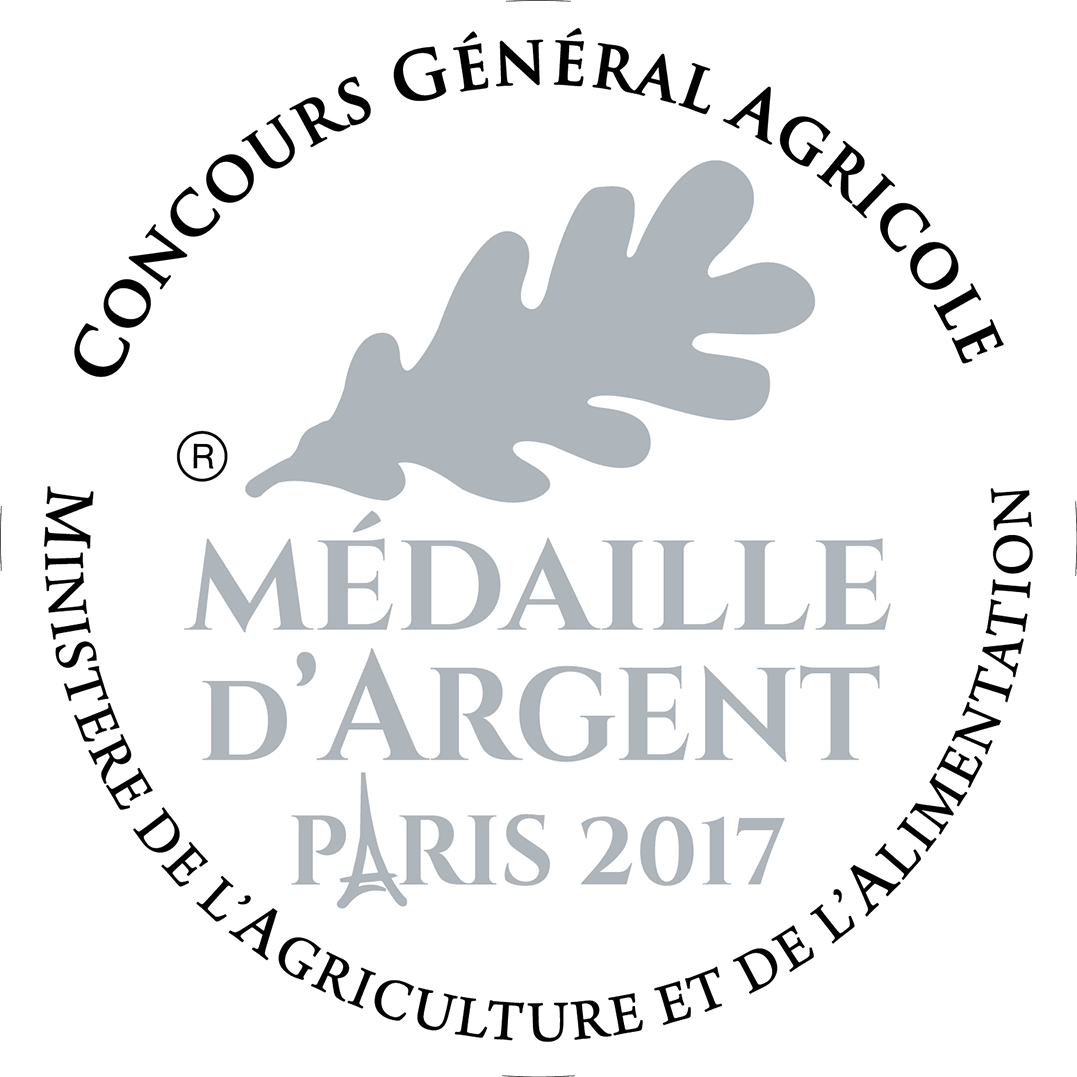 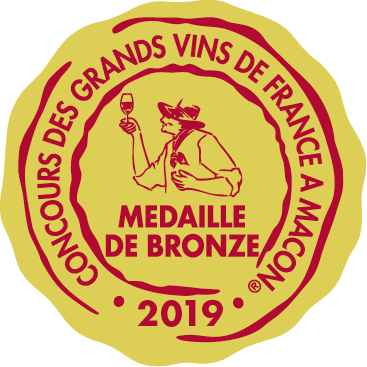 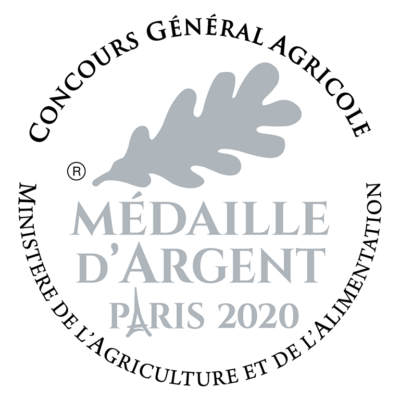 The Rewards of Clos des Ravières 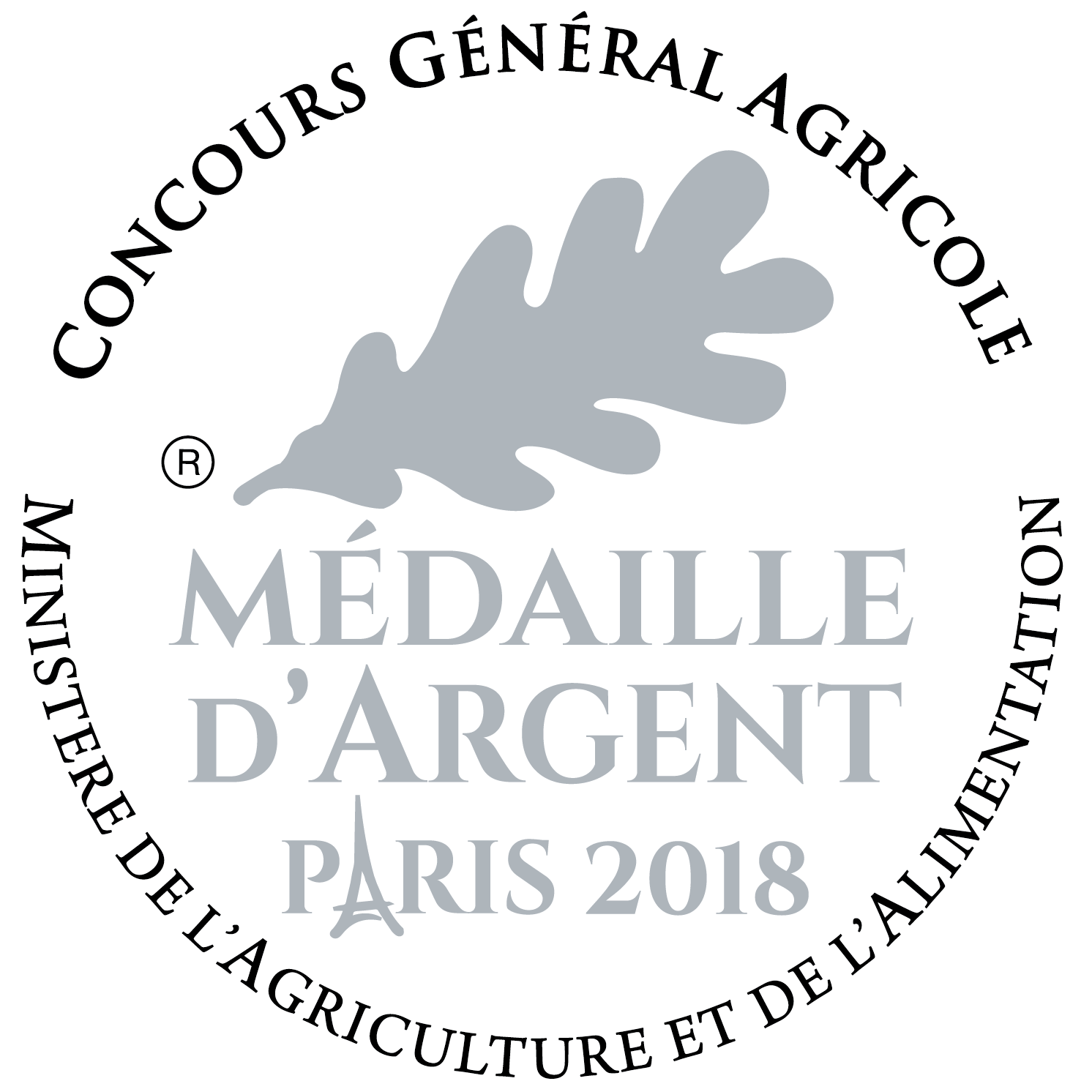